Monseñor Romero lived out the Ignatian magis in his life 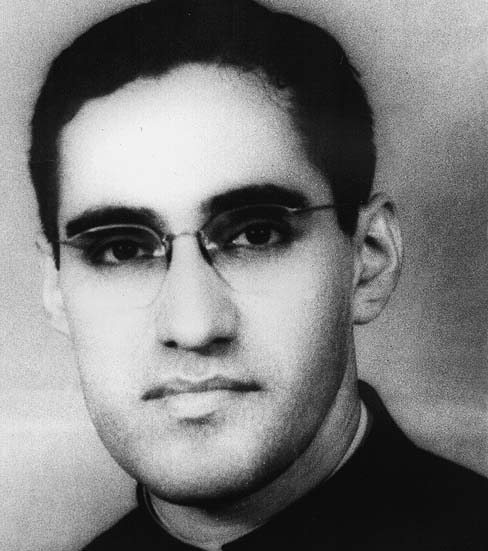 "Nothing matters to me more than human life." These are the words of Archbishop Oscar Romero who tried to explain his work in defense of the rights of the people. If something was felt, Archbishop Romero was a servant. And this led him to commit himself to defending the life of the poor, which was the greatest need in El Salvador at that time. He used to repeat the words of St. Irenaeus of Lyon, "the greatest glory of God is human beings fully alive,” altering it slightly to say: "The greatest glory of God is the poor fully alive."

This defense of the life of the poor led Monsignor Romero to martyrdom. In other words, loving the poor to the end, he lived out the Ignatian magis in his life. "No one has greater love than this, to lay down one’s life for one’s friends" (Jn 15:13). And the greatest friends of Jesus were the poor. The Second Vatican Council says that "martyrdom, in which the disciple is transformed into an image of his Master by freely accepting death for the salvation of the world- as well as his conformity to Christ in the shedding of his blood- is considered by the Church as an exceptional gift and the fullest proof of love." The magis is within us as grace, but it is always pushes us outward in service, until the ultimate witness of our surrender as seen in Romero.

The Episcopal Conference of El Salvador recognized in a statement that union of faith, justice and love that led him to holiness: "Faithful to his motto of speaking the Truth in order to build peace founded on justice, he tirelessly announced the message of Salvation and denounced with implacable vigor the situation of institutionalized injustice and the abuses against human rights and the inalienable dignity of man, made in the image and likeness of God. This earned him the appreciation of his own people and so many others, but also aroused the suspicion of those who felt uncomfortable by the strength of his evangelical word and his witness. Because he was faithful to the Truth, he fell like the great prophets between the vestibule and the altar."

Prophet of justice, martyr of love for humanity and the human, father of the poor and voice of those who have no voice to defend their rights: these are the features of a person who made his discernment before the death of the innocent and dedicated the three years of his archbishopric to save lives.

When Archbishop Romero died, many people became discouraged. But with the passage of time, his example of martyrdom, united with the power of the Spirit, made true what St. John Chrysostom, Father of the Church, had already said many years ago: "What is in war defeat, namely, for the combatant to fall; this with us is victory. For no where do we overcome by doing wrongfully, but everywhere by suffering wrongly.”

And of course, it is the active suffering from the point of advocacy, from the defense of the unprotected and from the total trust in God that gives us strength to overcome injustice from active and committed nonviolence. The triumph of Romero was to always repeat before his adversaries the words of Jesus on the cross: "Father, forgive them, they know not what they do."